HYBRID EVENT: You can participate in person at Rome, Italy or Virtually from your home or work.
ICAM 2023 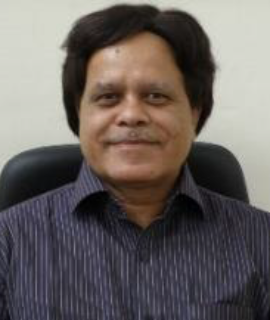 Title : Metagenomics of the saline habitats of coastal Gujarat, India: Emerging potential for biocatalysis and bioremediation

Metagenomics enables us to access the genomic potential of the cultivable and largely non-cultivable microorganisms in the totality of the natural habitats. It’s particularly significant as only a minor fraction of the total microbial population of the ecosystems is cultivable under laboratory conditions.  It’s widely accepted that around 95-99% of the ecosystem's genes encoded, genomes, and microbial populations remain inaccessible. The extreme habitats, in particular, necessitate greater attention for the investigation of microbial diversity, ecosystem functioning, and biotechnological exploration. So far, the marine habitats of Coastal Gujarat in Western India have not been extensively investigated by the metagenomic approaches. To proceed with the metagenomic studies, the initial step of the extraction of the total environmental DNA is extremely important and methods are required to be specifically developed for each habitat to obtain high-quality DNA in good quantity. In our metagenomic studies, the microbial communities of the seawater reflected the dominance of many genera, while above 50% were identified as unclassified. The functional analysis revealed the presence of genes associated with the degradation of xenobiotic compounds reflecting the potential of bioremediation. The relative abundance of the actinomycetes in the saline habitats of marine origin revealed the dominance of the phylum Bacteroidetes, Proteobacteria, and Gemmatimona. Further, the number of genera of the actinomycetes was substantially greater than those obtained in the laboratory. The diversity of the microbial population and genes encoding novel enzymes were revealed based on sequence and function-based metagenomics. We particularly focused on the protease genes. The protease gene sequences were retrieved and analyzed using a range of degenerative primers. The patterns of the amplification and profiling of the metagenomic proteases reflected genetic diversity. The selected metagenomic gene sequences were cloned and expressed. The heterologous gene expression was investigated concerning the induction and cellular solubility of the expressed proteases. The metagenomic protease was characterized for catalysis and stability under different conditions of pH, temperature, salt, and organic solvents. The catalysis and stability of the proteases derived from metagenome and the identified haloalkaliphilic bacteria of the saline habitats were investigated comparatively as a function of pH, temperature, and a range of organic solvents of varying toxicity. The phylogenetic analysis and biochemical properties evident the uniqueness among the proteases derived from the cultivable haloalkaliphilic bacteria and those metagenomically derived. The metagenomic studies significantly added to our understanding of microbial diversity and search for novel genes and metabolic potential of the saline habitats.